Overview:
Bifida is the most common permanently disabling birth defect in the United States. Spina Bifida literally means “split spine.” Spina Bifida happens when a baby is in the womb and the spinal column does not close all of the way.

Myelomeningocele is the most severe form of Spina Bifida. It happens when parts of the spinal cord and nerves come through the open part of the spine. It causes nerve damage and other disabilities.

Symptoms:
Seventy to ninety percent of children with this condition also have too much fluid on their brains, Hydrocephalus. Children and young adults with Spina Bifida can have mental and social problems. They also can have problems with walking and getting around or going to the bathroom, latex allergy, obesity, skin breakdown, gastrointestinal disorders, learning disabilities, depression, tendonitis and sexual issues. Many also have symptoms associated with Spina Bifida due to a Chiari Malformation Type 2 in the brain. The Chiari Malformation can cause problems with breathing and eating.

Testing/Diagnosis:
Testing for Spina Bifida is done during pregnancy through a blood test. If indicators from the test show an increased risk, follow up and confirmation of the diagnosis is often done through an ultrasound.

Treatment:
A child with Meningomyelocele usually is operated on within two to three days of birth. This prevents infections and helps save the spinal cord from more damage. Most children will also require surgery to install a VP shunt in the brain to allow drainage of the excess cerebral spinal fluid.

Our daughter, Victoria, was born in July 2013 with a disabling condition, Spina Bifida. When she was born she had a hole in the lower section of her spine which damaged the nerves leading to the lower half of her body. She has limited movement in her feet and legs, and a condition called neurogenic bowels/ bladder. She requires urinary catheters throughout the day to prevent permanent damage to her bladder and kidneys.

Victoria also has hydrocephalus, which means she has too much fluid in her brain and spine. She had surgery to install a VP shunt when she was only three days old, and multiple revisions since, which drains the excess fluid from her brain into her abdomen and prevents further brain damage.

In addition, Victoria has what is called an Arnold Chiari Malformation Type 2 in the back section of her brain. The Chiari is where a part of the brain is pulled down from the skull into the spinal cord, and it damaged nerves in the brain, particularly those associated with breathing, swallowing, vocal cords, gag reflex, and the muscles around her trachea. As a result of this Chiari malformation, Victoria was born with tracheomalacia (floppy airway), bilateral paralyzed vocal cords, central apnea, and she had no swallow/ gag reflex. Because of her apnea, Victoria had a tracheostomy and has been on a ventilator since she was born.

A few weeks after her tracheostomy, she had a G-tube surgery along with a Nissen/ Fundoplication which allows us to feed her through a tube inserted directly into her stomach.

To relieve the pressure in Victoria’s brain stem, Neurosurgeon’s at CHLA performed a decompression surgery to remove a section of her skull and the back section of her top vertebrae. This procedure has allowed her to improve her breathing, her right vocal cord is no longer paralyzed, and she has regained some swallow and gag reflex, although they are still very weak.

Shortly after the G-tube surgery, Victoria started to show new symptoms that she had never exhibited before. She began to have high blood pressures and very low blood sugars. She was diagnosed as hypertensive and several months later diagnosed as having congenital hyperinsulinemia/ hypoglycemia.

The endocrinology team at CHLA started her on a drug combination to regulate her blood sugars, and placed her on a continuous 24/7 feeding pump. After just a week of this treatment it became obvious that Victoria was not tolerating this treatment, and we decided to reverse course with the drug treatment. It was soon after discovered that her condition was misdiagnosed and that she had developed Dumping Syndrome as a result of the Nissen surgery. It is a complication that can happen when the vagal nerve gets damaged during the surgery.

Over all, Victoria spent the first 5.5 months of her life in the NICU at both UCLA and CHLA hospitals, during which time she had 10 surgeries and multiple code blue scares. She finally came home in January of 2014, and requires 24/7 care to keep her stable, healthy and happy. She has nursing care at home through out the night and part of the day, as well as the loving care of her mom, dad, and grandma.

She has had a few set backs and scares since her homecoming; however, she has overcome more than most people would ever have to face, and she has done it with joy and love. She is a shining light to all who meet her, whether it be in person or on the internet. She truly is VICTORIOUS over all the challenges life has given her. 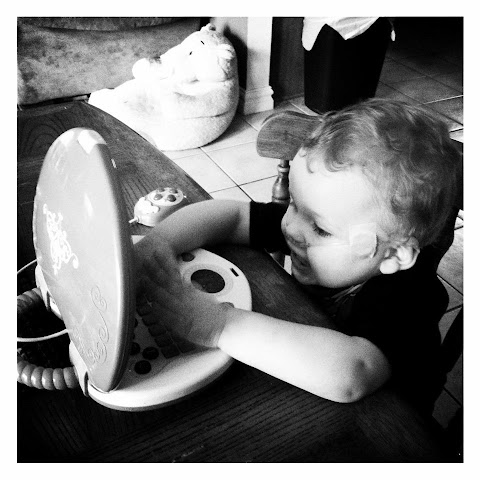 Mommies of Miracles
Mommies of Miracles is the world's LARGEST virtual support group for mothers of children (infant-adult) with complex medical issues, rare or undiagnosed conditions, and/or developmental disabilities.